The other day I was eating some spaghetti and it occured to me that I was eating Ramen. It started me thinking about how many foods I eat that could be considered Ramen. Basically anything with flour and water I suppose. If I dip my bread into a bowl of water I have created a Ramen. Even the slice of bread itself could be considered a Ramen since it contains at least a few molecules of water. 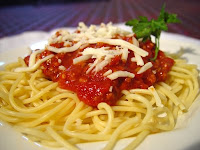 Ramen In a can! (Only use in case of emergency) 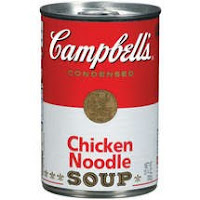 I made a decent bowl today. The noodles still leave something to be desired however. I'm told they taste like spaghetti. I enjoy them for the most part, but if I'm going to sell my Ramen in the street it has to have a wide appeal. Creating things with wide appeal is not something I have ever had much interest in. But I do enjoy learning new things.

A few weeks ago I bought a packet of noodles that looked like they would make a decent Ramen. Yakisoba, apparently they are for stir frying. What I needed was chukasoba. The noodles weren't very good, although they did spur me into making my own noodles. At the moment I'm cutting my noodles by hand, I initially thought I would hand pull my noodles, but that art is going to take some time to learn. 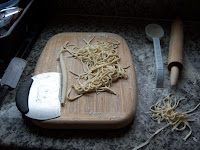 Whenever I cook, I tend to think about how food was prepared thousands or millions of years ago. I like to use my hands and limit the use of machines. So many things in our lives are focused on speed and efficiency, using technology to achieve these things. But our technological civilization is only a small blip in humanity's timespan. There's no way to tell if the rapid adoption of all this tech is going to be good or bad for our species future. The only thing for it is to wait a few thousand years and then reflect on where we are, where we have been, and then consider where to go.

I spent most of my day boiling some chicken bones and digging up my backyard with a shovel. My favorite day this week by far. I plan to plant a few vegetables for my Ramen in the spring, or sooner depending. I have a degree in Botany, a little snow shouldn't deter me from attempting to grow some food. Anyway here's a neat video I found while doing some Ramen research.

Posted by Benhamish at 9:47 PM