A Ramen A Day

Brittany dropped me off at Winco today before she went to work, actually she dropped me off at the free clinic which turned out to not be free, so I went shopping for ingredients instead. I spent about nine dollars on pork and six dollars on vegetables. With all the pork bones I bought, I decided a bigger batch of broth was in order, I brought out my biggest pot. The one I use to brew beer. This was taken about halfway through the boil, I could tell early on that this broth was going to be good. I decided to simmer my pork loin too, although I think its supposed to be completely covered. 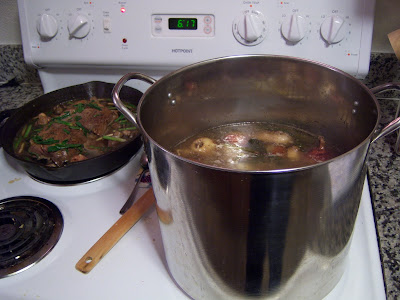 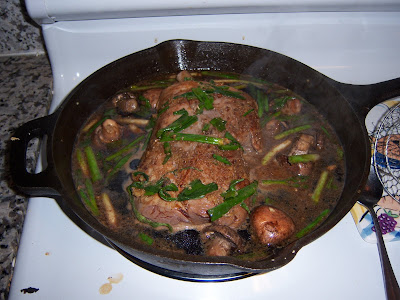 A few hours later and we have a Ramen. 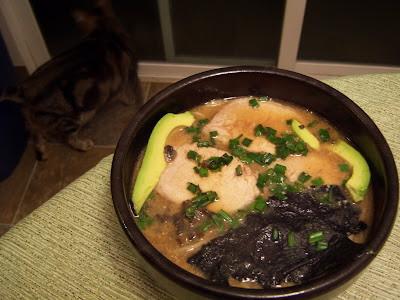 The avocados are an experiment, they weren't ripe but they still tasted delicious. Especially after they'd had a chance to soak. I think soft avocados will work well in my Ramen. A premium topping ;) 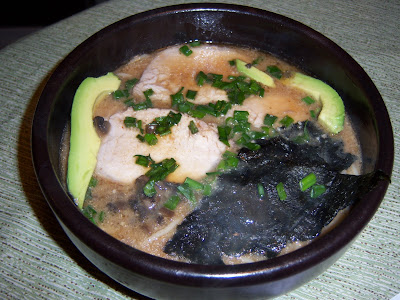 I like taking pictures of Ramen during the day when the sun is shining through. Artificial lights don't do Ramen justice. But this bowl was exceptionally good. At least the broth was anyway, I'm still using prepackaged noodles. I am torn between creating my own, or finding a local noodle maker who has the goods. And I still have to figure out how to cook that pork loin correctly. But the broth! So GOOD!! 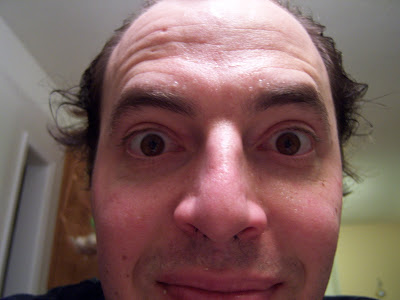